Bitcoin Knots is a combined Bitcoin node and wallet.
Not only is it easy to use, but it also ensures bitcoins
you receive are both real bitcoins and really yours. 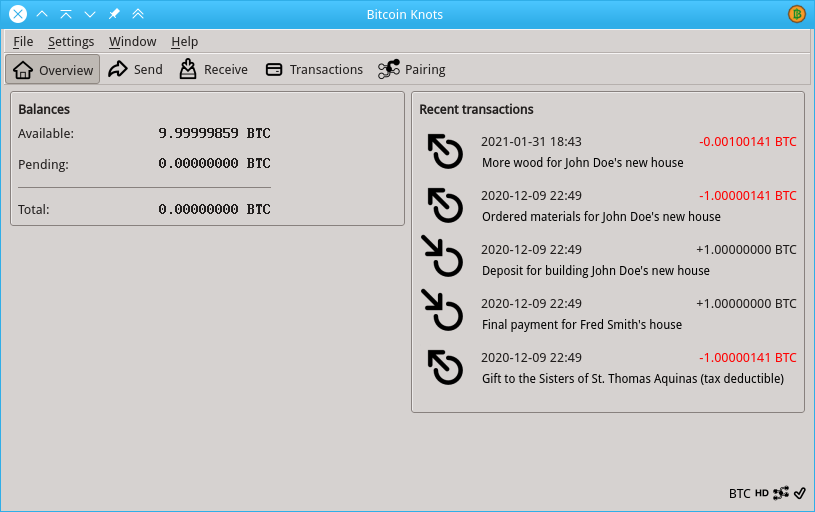 Please note: When installing this or any other app, you should verify your download is the authentic program, and not intercepted by a virus. Always verify the correct digital signature on any downloads to avoid malware. Bitcoin Knots is signed using OpenPGP. You should download multiple developers' public keys from at least two independent sources each and ensure they match. Ideally, you should verify key fingerprints in person with the developer(s) to the best of your ability. You can get one copy from Bitcoin Core's Guix signature repository. If you do not have a better source, achow101's key is also available on Keybase, and the fingerprints checked with Bitcoin Core's key list.

This server may be compromised at present. Do not blindly trust downloads - always verify both the SHA256 hash and the OpenPGP signatures match. Luke Dashjr's OpenPGP key is likely to be compromised, so his signatures have been removed and replaced with other developers' signatures. There is no evidence of a tampered download ever having been offered, but if you have downloaded Bitcoin Knots after 2022 December 1st, it is recommended you re-verify the files you previously downloaded to be sure.

If you are using an older version of Bitcoin Knots that has since expired, you may restore functionality by editing (or creating) the bitcoin.conf file, and adding a single line softwareexpiry=0 Please keep in mind obsolete versions of Bitcoin Knots are not maintained (aside from LTS releases), and may have other risks. Do NOT upgrade Bitcoin Knots until you have verified the new OpenPGP signatures as well as the legitimacy of the new key(s) signing.

When a new version of Bitcoin Knots is released, you can get an e-mail letting you know. Just join the Bitcoin Knots announcements e-mail list. Note that this email list may also be (rarely) used for other time-sensitive announcements, such as security alerts.